A city notorious for its towering buildings, teeming streets and fascinating culture, Tokyo has become a staple of modern-day Eastern civilisation. The Japanese metropolis holds the title of one of the most populous cities on the planet, and a business trip to Tokyo is naturally on the bucket list of almost every aspiring corporate traveller.

Navigating the culture and etiquette of unfamiliar countries can be something of a minefield for inexperienced visitors – particularly when travelling from West to East and vice-versa.

Fear not! We’re on hand to help. Read on to discover a few of our top-tips for your first visit to Tokyo.

Most People in Tokyo Will NOT Speak English

This is a common slip-up when travelling long-haul for the first time. You can enter almost any European establishment in the service industry and be sure to encounter an English speaking member of staff. For the most part in Japan, this is not the case.

It’s definitely worth picking up a book, or at least making use of Google Translate, to learn some of the key words and phrases you will need on your business trip to Tokyo. Particularly on a corporate visit, communication is an essential facet of business, and even English-speaking Tokyo residents will likely be appreciative of your efforts.

As is commonplace in Japanese culture, people will likely be in tune with your needs – particularly if you are obviously a guest, so don’t worry too much about fluency. A few broken words and gestures and the locals should catch your drift.

This one’s an essential. Japanese culture marks a clear distinction between outside (soto) and inside (uchi). Etched into Japanese history for centuries, removing one’s shoes when entering a Japanese house is non-negotiable, and is a mannerism extended to plenty of restaurants, schools, and a plethora of other venues on your business trip to Tokyo.

Most establishments will provide indoor footwear of some kind– or at the very least a locked cubby-hole to hold your shoes. The tradition stems from the importance of hygiene in Japanese culture, where dragging dirty, damp footwear through indoor zones is quite reasonably deemed as unsanitary.

In the interest of saving money on your business trip to Tokyo, you may want to make use of the convenience stores, bakeries, fast food businesses and vending machine stores of a day time. Although eating whilst on the move is discouraged, finding a nice place to sit and eat or taking the food back to your apartment are easy alternatives.

If you’re willing to part with a more serious amount of cash, be sure to try out some authentic Japanese restaurants – of which there are many – as opposed to sticking with food that you know. (When in Rome!)

It’s worth trying the Japanese dishes that have become famous around the world straight from the horse’s mouth. Edomae-zushi, more commonly known in Europe as ‘sushi’, as well as traditional ramen have become wildly popular worldwide, but enjoying them in their country of origin is a unique and delicious experience.

Most restaurants don’t open until around 11am, so bare this in mind when meal planning for the days ahead. Aside from this, meal times on your business trip to Tokyo will follow the relatively conventional three meal format found in most of Europe.

The shopping prospects in Tokyo are limitless. Gargantuan malls, traditional markets and trendy fashion centres are all available in abundance across the entirety of the city, providing a great way for visitors to spend some downtime from corporate responsibilities.

There are simply too many to list but VenusFort, Roppongi Hills, Nakano Broadway, Diver City and Ginza Mitsukoshi should be plenty to get your shopping spree started on your business trip to Tokyo.

Finally, let’s brush over some locations in Tokyo that you simply can’t miss out on. Ueno Park unequivocally tops the list, the largest park in the entirety of Tokyo having previously represented the grounds of Kaneiji temple. More than a thousand cherry blossom trees line the picturesque walkways, and visitors can find the National Museum for Western Art, Tokyo National Museum, the Tokyo Metropolitan Art Museum and the National Science Museum within the park grounds.

Tokyo Skytree is one of the tallest free-standing structures in the world, and another star-attraction for your business trip to Tokyo. Finishing construction on a leap day in 2012, the structure is technically only a quarter of its actual nine year age, and stands at an awe-inspiring 2,080 ft. The

Skytree is used as a television broadcasting and communications tower, funded by Tobu Railway as the focal point of a major commercial development drive in the area.

The Sensō-ji Temple is a hallmark of traditional Japanese culture, found in the Asakusa area of Tokyo. The ancient Buddhist temple is believed to have been constructed in 645 AD, making it the oldest of its kind in the capital, and proving a popular attraction for tourists and locals alike. All kinds of events are held throughout the year on the temple grounds, and visitors can enjoy the 200 metre shopping street between the outer and second gate, offering souvenirs of all shapes and sizes.

And that completes our guide! You’re now far better-equipped - if not ready - to tackle your business trip to Tokyo. Be sure to check out other blogs on the area including our favourite serviced apartments and sights in Tokyo. 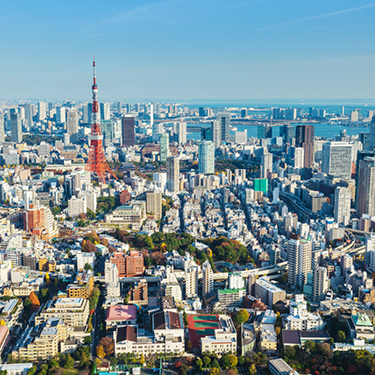 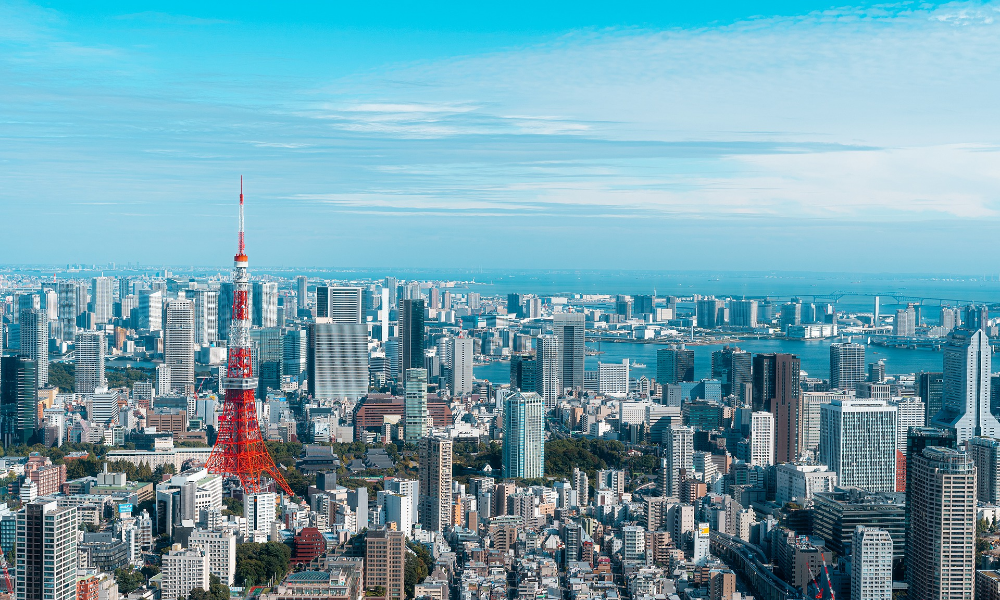 The 5 Leading Serviced Apartments in Tokyo for Corporate Travellers

Tokyo in Japan is a distinct city combining ancient temples with an... 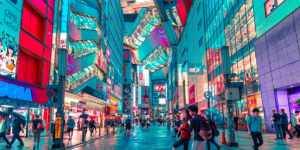 Sights in Tokyo - The Top 7 Must See Places in Tokyo

The capital of Japan is truly a marvel, mixing both the technological... 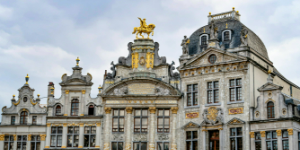 The capital of Belgium and administrative centre of the European... 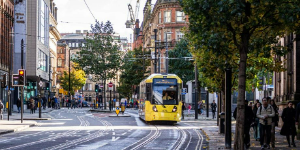 Manchester is one of, if not the leading city in the north of England....