New York is a global city built upon immigration. The Revolutionary War saw the need to invest in rebuilding the city. During the 19th century, immigration transformed the prosperity of the economy in New York. The Commissioner’s Plan of 1811 was a visionary proposal which expanded the city street grid to encompass almost all of Manhattan. This expansion plan required a substantial immigration from abroad. Immigrants arrived from the United Kingdom, Ireland, Scandinavia, and Northern Europe. This workforce was pivotal in establishing New York as a centre for national and international trade. Over the course of the nineteenth century, New York City's population grew from 60,000 to 3.43 million. The opening of the Erie Canal in 1825 was vital to the local economy by connecting the Atlantic port to the sizeable agricultural markets of the Midwestern States and Canada. The passage through central New York and via the Hudson River and the Great Lakes boosted trade. By 1835, Philadelphia was surpassed by New York as the largest city in the United States. The Great Irish Famine triggered a large influx of Irish immigrants, with German immigration notable following provincial conflict. By 1860, these nationalities represented a combined 50% of the population. They influenced local affairs greatly through the formation of the Tammany Hall political organisation.

Following the American Civil War, the rate of immigration from Europe grew significantly. The United States was seen as a land of prosperity and opportunity, with New York the first point of arrival. By the end of the Industrial Revolution, the United States and its growing economy needed labourers. American manufacturers began advertising in European newspapers and sent agents to recruit foreigners. Many immigrants took low paid work and had the long-term desire to pursue the American Dream. The arrival of immigrants to Ellis Island  had several ramifications on New York and the local population. Immigrants began to replace African and Native Americans, with firms taking advantage of lower wages. Although this led to more profitable business in New York for manufacturers, it created a shortage of jobs for Americans which fueled tension as immigrants continued to relocate. Roughly 2million Italians immigrated to the United States in the first decade of the 20th century, whilst the peak of immigration was in 1907, when 1.3million Europeans settled in the nation. By the end of the decade, it was estimated that 13.5million immigrants had relocated to the United States. Foreigners took low paid and often dangerous work mostly within the construction industry. Immigration in New York was responsible for several construction projects including the digging of inter-borough subway tunnels and laying of cables, alongside the building of bridges and skyscrapers.

New York suffered during the Great Depression with many Americans and migrants becoming unemployed. The city bounced back quickly, with the 1930s seeing the construction of iconic buildings that have come to symbolise New York; The Empire State Building, Chrysler Building and Rockefeller Centre. Following the Second World War, New York emerged as the leading city of the world. Skilled immigrants began to work in the banking, finance, and world trade industries in the city. Although Business in New York was booming, in the 1970s the New York economy struggled due to industrial restructuring. The following decade saw the shift away from industry to a serviced based economy which saw Wall Street quickly reaffirm its role as the leading financial centre of the world. Today, 48% of the 220,000 small businesses in New York are immigrant owned, whilst immigrants employ almost 500,000 New Yorkers and contribute $195 billion annually to the local economy. Immigration in New York is notable in some neighbourhoods, with many nationalities establishing communities that form a key part of culture in New York today. We have picked out some of the most famous immigration neighbourhoods that are worth visiting for business travellers.

Little Italy in Manhattan is a famous neighbourhood which used to be an expat Neapolitan village back in the day. Immigrants from Naples and Sicily flocked to the neighbourhood in the late 19th century. By 1910, Little Italy had an area spanning 50 blocks and had a population exceeding 10,000 Italians. This vibrant, fun neighbourhood has a distinctly European feel, with its cobbled streets bursting with gelaterias and Italian restaurants. Little Italy is a must visit for business travellers in New York.

Situated in Midtown Manhattan only a stone’s throw from The Empire State Building is the bustling Koreatown. This small neighbourhood was founded in the 1980s and has expanded with Korean businesses since. Visitors can find Korean BBQ restaurants, 24-hour spas and karaoke lounges aplenty. Visitors can sample a variety of delightful Korean food at seasonal pop-up outlets in the nearby Greeley Square. This Manhattan neighbourhood is the heart and Seoul of South Korea in New York!

Chinese immigration in New York helped to establish one of the oldest and most famed Chinatowns in the world. Located adjacent to Little Italy, this densely populated neighbourhood offers an abundance of traditional Chinese and Southeast Asian restaurants which draws in both locals and tourists alike. Dumplings, pork buns and hand-pulled noodles are some of the delights to sample in Chinatown. The busy streets are packed souvenir shops, tea rooms and markets selling everything oriental. Visit the leafy Columbus Park, where locals regularly participate in chess, Tai Chi and mahjong.

Immigration in New York has been fundamental to how the city has developed economically. New York is a global city build upon foreigners and it is often said that New York is the immigration capital of the world. For a greater insight into New York check out our business travellers guide to the boroughs of New York City. Be sure to also explore our extensive range of serviced apartments in New York. 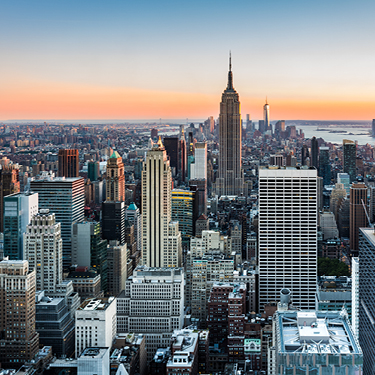 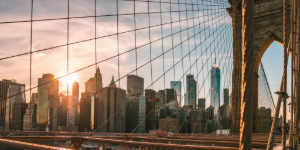 New York City is renowned for its stunning... 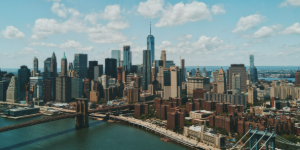 New York City is arguably the best city in the world; its bright... 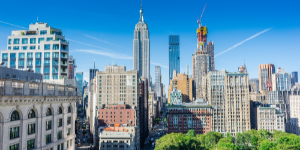 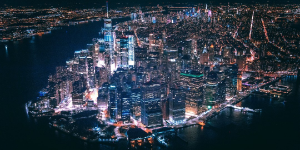 The Surprising Stories behind New York’s Most Famous Buildings

New York’s iconic skyline is known the world over, emblematic of...