Be it the city’s fascinating Roman history, breath-taking architecture, or delightful green escapes, your reasons for visiting Zurich are almost certainly justified. The swathes of corporate travellers relocating to Zurich in recent times would certainly concur, with the Swiss powerhouse rapidly becoming one of the hottest business destinations in Europe.

But what makes Zurich such a great place to live?

Switzerland’s largest city regularly tops the European charts in living standards and quality of life, with high salaries, good quality healthcare, and remarkably low crime rates all contributing factors. Corporate travellers are naturally drawn to the city due to its standing as one of the world’s largest financial centres, despite its comparatively small population, with many financial institutions and banking companies seeing fit to conduct their business in Zurich.

The financial capital of Switzerland is notorious for its opulence. Relocating to Zurich often spells an entire lifestyle change - it’s no accident that the city consistently ranks amongst the most expensive in the world. Zurich residents will, however, testify that the pricey cost of living is more than justified by the bonuses that entail.

Firstly, the cleanliness of the city is unrivalled in Europe. This level of cleanliness isn’t only to be enjoyed by those relocating to Zurich; the entire country of Switzerland is globally renowned for its sanitation, with an overall EPI score of 81.5 and an exceptionally high water sanitation score of 99.99. When compared with other cities of stature similar to Zurich, it becomes abundantly clear that the high costs of living are reflected in the first-class public service, with residents ranking amongst the happiest with their surroundings the world over. A 2016 study conducted by the Business Insider suggested that of all residents, 64% are very satisfied and 34% are satisfied, meaning that 98% of people living in Zurich say they’re happy with their life.

Luxury isn’t merely reflected in sanitation however, with some of the best high-end stores in the world seeing fit to conduct their business in Zurich. By example, the Bahnhoffstrasse shopping street is the most expensive of its kind in the world, meaning you’ll need something similar to a bank loan to even window shop. Rolex, Cartier, Tiffany and Chanel are just a few names we’ll drop amongst the star-studded brand roster. If your budget is limited when relocating to Zurich, it may be worth seeking accommodation outside of the city centre and making use of the city’s state of the art public transport systems to make your way into the heart of the action.

It would be remiss of us to produce an article on Zurich without paying homage to the aforementioned wealth of transportation links available to residents. Frankly, the public transport system is the focal point of all business in Zurich, a masterclass in safe, eco-friendly and efficient travel. The initiative to remove city parking has greatly reduced the typical congestion eye-sore seen in other bustling worldwide cities, and the innovative use of electrically powered light rail significantly reduces emissions. Tram links also run throughout the city, and focused bus routes organised by area run through the day and night, leading to car journeys only contributing to around 28% of all inbound travel.

Public transport isn’t the only reason that corporate travellers relocating to Zurich are visiting one of the most environmentally conscious cities in the world. Ranked at 85% in the Global Destination Sustainability Index, the Swiss municipality is estimated to have approximately 79.51 square meters in overall green space per person, dwarfing that of the average of 18.2 metres squared of publicly accessible green space per inhabitant in wider Europe. Reforestation has been a key focus of the people of Zurich in recent times, with the vast forest areas of Adlisberg, Zürichberg, Käferberg, Hönggerberg and Uetliberg often referred to as the ‘green lungs’ of the city. Plenty of major parks are also located on the picturesque shores of Lake Zurich, including Zürichhorn and Enge, with a plethora of other open green spaces worth visiting dotted around the city.

Often an overlooked feature of conducting business in Zurich, the city’s convenient location in the heart of Europe means straightforward travel to many of the world’s primary business regions. Paris, Munich, Brussels and Rome are just a few of the areas within easy reach of Zurich, a huge positive for tourists and business travellers alike. Complete with its own airport, the financial centre is easily accessible for business travellers relocating to Zurich

from all four corners of the world, a huge factor in the development of the area as a big player on the European business scene.

Who doesn’t love an area with a bit of character? Inhabited since prehistoric times, Zurich’s history is a fundamental cornerstone of Swiss culture to this very day. Between a Celtic Helvetii settlement, a Roman army stronghold and a royal residence for the Franks, Zurich is an area with plenty a story to tell.

In terms of cultural focus in modern times, Zurich is notorious for its standing as an international hub for the arts and sciences. Few cities are able to see tradition and heritage perfectly coincide with diversity and forward-thinking quite like the Swiss metropolis. Relocating to Zurich not only offers unique business and financial opportunity, but also makes you a cog in an innovative wheel that might just be a driving force in shaping the future of the planet as we know it.

That’s all from us, we’ll end by saying if the opportunity arises to conduct business in Zurich – take it. Our portfolio contains a wide and varied selection of premium serviced apartments in the city, visit here to browse today.

Also, check out our recent blog ‘Is Zurich a boring city? 8 Reasons We Think Not’ to learn more about some of the key factors that make Zurich a stand-out city in Europe. 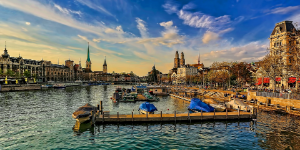 Is Zurich a Boring City? 8 Reasons We Think Not

Upon discovering that the city is consistently voted as one of the... 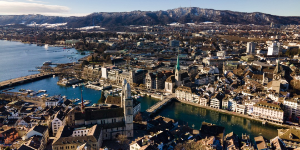 Zürich is the largest city in Switzerland and is located near the... 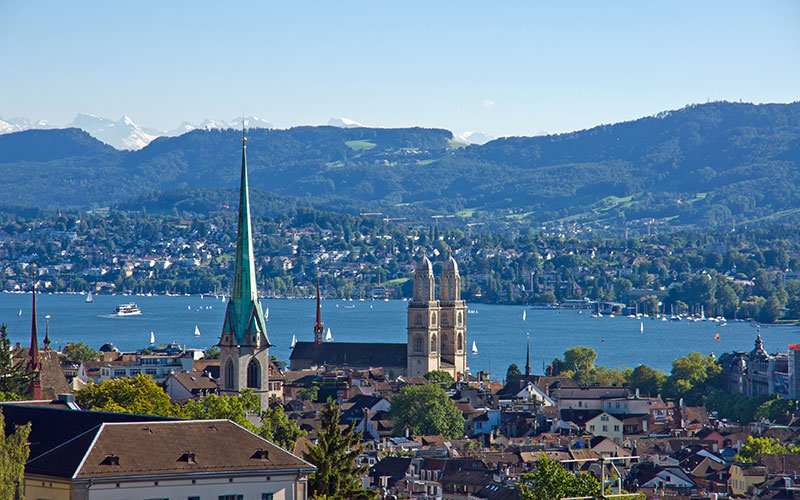 Londoners: next time you grumble about ticket fares and extortionate... 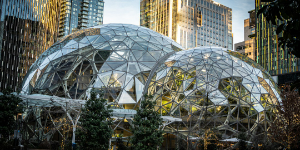