Debate has been raging in social networking sites and the media ever since British actors Henry Cavill and Andrew Garfield were cast as Superman and Spider-Man in the forthcoming Hollywood blockbusters. Their appointment means the ever-important triumvirate of American superheroes is now played entirely by Britons: Christian Bale has played Batman in two films since 2005. (Yes, Christian Bale was born in Britain; yes, he seems about as British as McDonald's or Lady Gaga, but it's not often we're able to gloat like this, so let's not spoil it).

No one’s really decided what this all means. Some suspect these actors are stealthily infiltrating Hollywood to inject some British culture into the all-powerful pop cultural empire; others feel Hollywood is stealing our talent and passing it off as their own. Others have suggested that perhaps it means nothing at all, and that Cavill and Garfield were appointed simply for their rakish good looks and (cough) acting ability.

The truth is, not only has Hollywood been pinching the UK’s actors for decades (Audrey Hepburn was British, for example), but the British film industry regularly pilfers theirs. British films frequently use American actors, from Renee Zellwegger in Bridget Jones’s Diary to Gwyneth Paltrow in Sliding Doors. Besides, the distinction between British and American films is often blurred, as many are joint efforts between American and UK production teams. The upcoming Margaret Thatcher biopic, for example, which stars American actor Meryl Streep, has been written by a British screenwriter (Abi Morgan) and is brimming with talented British actors, from Jim Broadbent to Olivia Coleman.

Furthermore, as British actors throw on capes and spandex to play all-American heroes, an American actor is donning rather less revealing apparel to play a quintessentially British character: the indomitable Sherlock Holmes. British director Guy Ritchie’s sequel to his hugely popular 2009 adaptation, starring Robert Downey Jr as Sherlock and Jude Law as Watson, is currently in production in Strasbourg. However, before that, the production crew were located in Richmond Park and Hampton Court Palace, both in west London.

Film production is an incredibly involved process and blockbusters such as Ritchie’s can demand crews of 200 or 300 people. Although around 80% of crew members will be local, film production companies will generally move heads of departments, their assistants, and producers to the area for the duration of filming. This means that when films such as Ritchie’s move from location to location, a large number of people require temporary accommodation in the local area.

It’s not surprising that SilverDoor cater for members of film production crews every year: serviced apartments are ideal for anyone working irregular hours, because they can cook their own meals at whatever time of day is convenient rather than eating according to hotel timetables.

Generally, we book accommodation for film crews in west London, the centre of the UK’s film industry. It’s home to many of the UK’s most important film production sites, from Ealing Studios – where the second Johnny English film was recently filmed - to Pinewood, Shepperton, Teddington and Longcross studios. It’s also home to the BBC’s Elstree Studios, as well as numerous camera and prop hire stores.Among the serviced apartments in London we can offer to anyone working in the film industry are Southcott Apartments, which are very close to Longcross Studios, and a number of apartments in Brentford and Ealing.

Because it’s vital for us to keep on track of the serviced apartments we offer in this area, our Head of Business Partnerships, Stuart Winstone, recently visited Craven House Apartments in south west London. The apartments are next to Hampton Court Palace, where Jude Law and Robert Downey Jr were filming last month, and are perfectly located for anyone working in nearby Pinewood or Shepperton studios. As they are just a five minute bus ride away from Kingston-upon-Thames, they are also convenient for anyone working in Heathrow, Weybridge or Walton-on-Thames.

Considering the surrounding area sees so much action, they are also astoundingly peaceful. To the rear of the apartments is Bushy Park, a large public park with wildlife conservation areas and herds of both red deer and fallow deer. Residents of the studio apartments can even, Stuart informed us, feed the deer carrots from their windows. It’s a world away from frantic filming schedules, opinionated detectives and superheroes of indeterminate nationality. 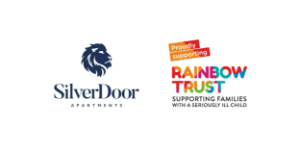 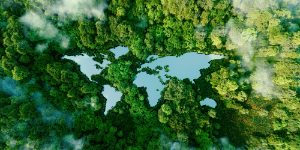 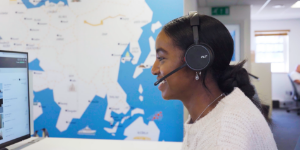 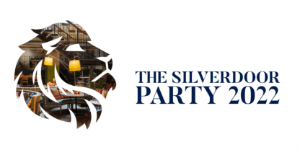