Few places on this earth are more photogenic than Asia-Pacific. The region accounts for some truly spectacular sights, and looks just as great on camera as it does in the flesh.

From vast mountains to jaw dropping skyscrapers, there is no shortage of great things to see, which might go to explain all the hype it receives on social media.

The number of APAC-related posts on Instagram is well into the millions, and, to make sense of all the noise, we’ve gone ahead and taken a look at some of the most instagrammable spots in Asia-Pacific by order of number of posts:

This little slice of paradise lies to the south east of Hong Kong and offers a quiet escape from the central business district. Its craggy rocks and scenic trails provide the perfection conditions for hiking - not to mention a great selfie.

Public housing estates aren’t exactly the prettiest buildings, but the Choi Hung Estate is far from ordinary. Nicknamed the Rainbow Estate, its colourful homes work in harmony with one another and really draw the eye.

With its glorious limestone formations, Stone Forest in Kunming is a site to be marvelled at. Its tall rocks rise up like jagged trees to form a forest of the most unusual kind. It’s said that one of its rock formations bears a striking resemblance to a girl, but we’ll let you decide that.

Nan Lian Garden is a glorious oasis of hills, trees, rocks, water features and wooden structures, all beautifully arranged in a classic style. The garden looks positively other-worldly against its Hong Kong backdrop.

These remarkable terraces are carved into the mountains of ifugao, and are set 4,900 ft. above sea level. They were built mainly by hand and rely on an ancient irrigation system which connects to the surrounding rainforest. Who would’ve guessed that a rice field could look so spellbinding?

Tianzifang is something of a hidden gem. Its arty shops and bistros are obscured by old houses which give the neighbourhood its distinct labyrinthine feel. Between the laundry racks and parked bicycles, there is plenty to photograph - just make sure you take a good camera.

Like many art museums, National Gallery Singapore is as exciting to look at as it is to wander through. Its exhibitions are ever-changing and so too are the photographs of it on Instagram.

If its gardens don’t dazzle you, then the location certainly will. The Pinto Art Museum enjoys a wondrous home in the mountains of Antipolo, just east of Manila, and brings together native and contemporary art in traditional mission-style buildings.

Shanghai’s waterfront area is both tourist hub and a living museum, full of historic buildings and walkways. It runs along the Huangpu River, and, at any given point in time, is super busy. The views it gives you of Shanghai’s skyline are simply amazing.

The Great Wall of China needs no introduction and runs on for some 13,000 miles. For a structure built thousands of years ago, it’s really stood the test of the time, and, while not the easiest landmark to photograph, many do a pretty good job.

Japan’s highest mountain is an active volcano, which, for centuries has provided an immense source of inspiration for poets and artists. At 12,379 ft. it’s godly in size, and mystical in appearance with its snow-capped peak and enchanting cloud cover. No wonder so many people choose to climb it.

The majestic Golden Temple in Amritsar is visited by roughly 70,000 pilgrims a day, and is regarded as an important place of worship. It’s made entirely of marble and copper, with gold foil overlaid to give it its mesmerising glisten. To this day, it remains one of India’s most photographed attractions.

For the best in Singapore shopping, look no further than Orchard Road: a tree-lined avenue brimming with department stores and high-end boutiques. As one of Singapore’s most in-demand neighbourhoods, Orchard Road leads no stone unturned in its entertainment offering.

Arashiyama is a charming sightseeing district in Kyoto boasting shrines, temples and a captivating bamboo grove. It sits at the base of the Arashiyama Mountains and is situated roughly 30 minutes from the city centre.

By virtue of the engagement it receives, Darling Harbour is a site worth visiting. The precinct offers a diversity of attractions which range from the Powerhouse Museum to the Chinese Garden of Friendship, and is especially popular with families.

Singapore’s bay area is an energetic hub of business and leisure, and looks spectacular at night. The area plays host to a number of high-profile events throughout the year including Formula One Singapore Grand Prix - which, in itself, yields a considerable number of Instagram posts.

The beauty of the Disneyland chain is you can pretty much find a theme park wherever you go, and, for travelling families, that’s a great plus. Hong Kong’s version of the popular attraction is made up of seven themed areas, and, in 2017, attracted over 6 million visitors.

As far as opera houses go, the Sydney Opera House is right up there with the Palais Garnier and Teatro alla Scala. The arts venue takes inspiration from nature with its shell-shaped roof, and has won multiple awards for its design.

What’s most striking about this nature park are its super trees, which tower above at a height of between 82ft. and 160ft. Marry that with the tropical plants below and you get a green playground of epic proportions.

No trip to Japan is complete without a visit to the famous Tokyo Tower. Not only is it the second tallest structure in Japan, but the tower has also featured in various Anime shows including Sailor Moon and Death Note.

What a pretty island Sentosa is. Once a British military base, it’s been transformed into a popular tourist resort featuring golf courses, casinos and bars. It’s also home to the famous Universal Studios Singapore.

If you’ve not visited it, then you’ve probably seen it a million times online or in books. The familiar sight that is The Taj Mahal is an incredible work of Mughal architecture which never ceases to amaze.

Anyone’s who’s ever been to Bondi Beach will know what a gorgeous place it is. Tourists come from all over to sunbathe here, swim, surf, or partake in a spot of whale watching. Others kick about till sunset for that perfect evening shot.

As Tokyo’s commercial centre, Shinjuku was always going to score highly on this list. Between its bright lights, tall buildings and busy streets, there’s plenty to photograph and very little which requires any editing on Instagram.

For a tiny island, Boracay draws an impressive number of tourists. Its white sand beaches and crystal blue waters are just as good as anything you’d find in the Caribbean, and leave a definite lasting impression.

As one of India’s largest cities, Jaipur impresses on a grand scale with its vibrant, bustling streets, regal buildings, and majestic temples. The city is unmistakably pink and summery, and carries a certain fairy-tale charm. 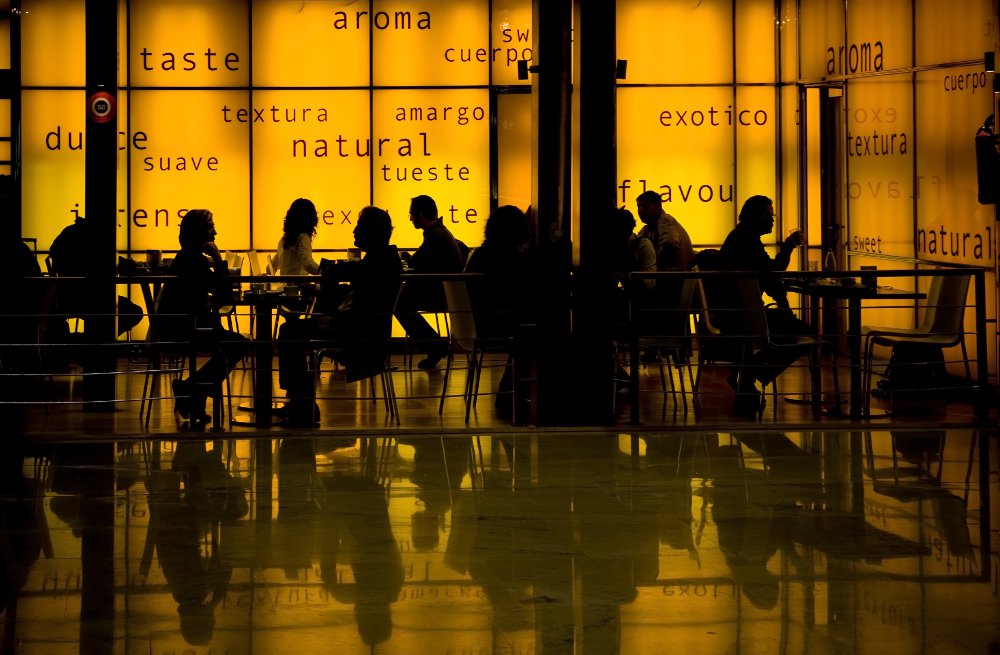 Most unusual places to take a client for lunch in London

Looking to break the humdrum cycle of forgettable business lunches? A... 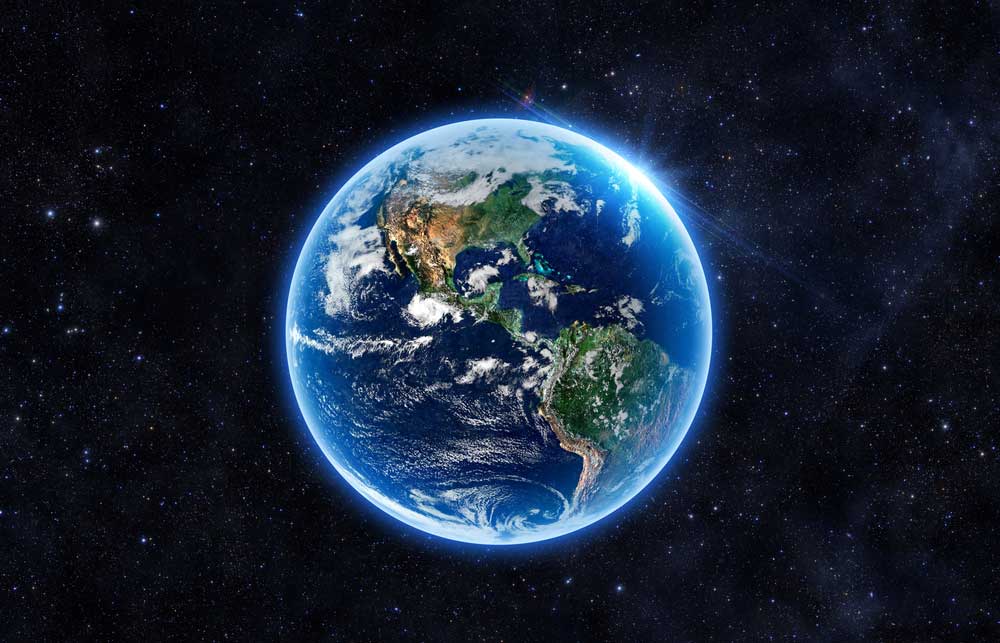 Fancy flying from London to Sydney in just three and a half hours? No, we're not lying

It was once possible to fly from JFK to London Heathrow in just 3... 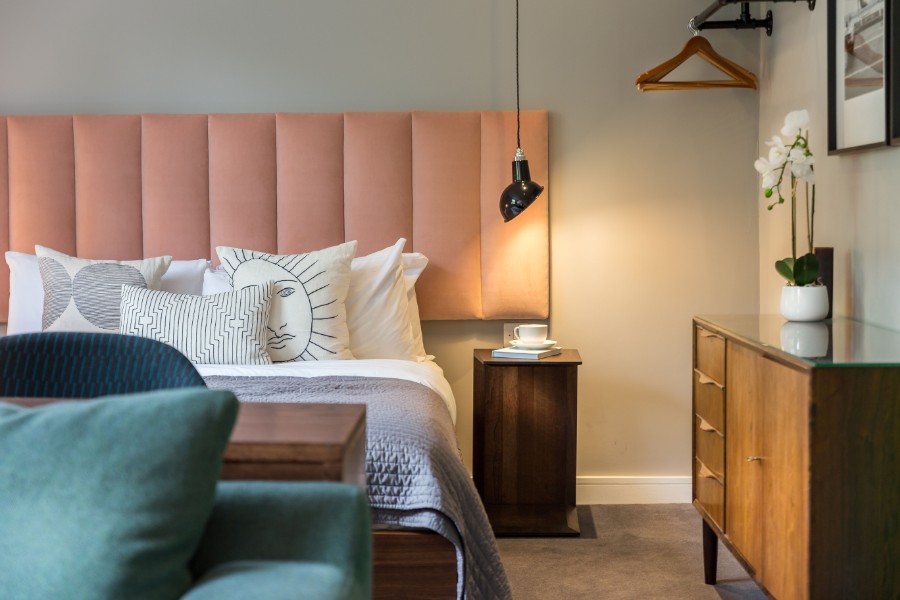 A new booking system, new properties and what they love most about... 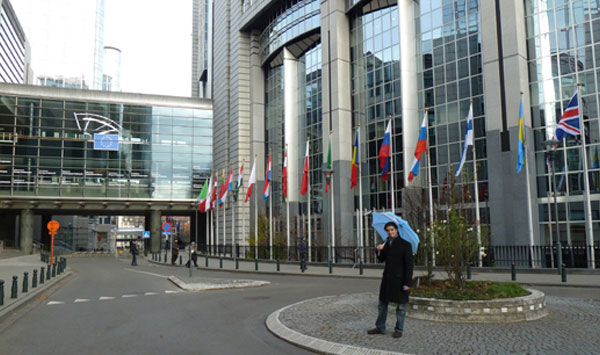 Will technology eradicate the need for business travel?

In July 2008, Fast Company – a business magazine that focuses on...