It’s no secret to SilverDoor that business in Denver has been on the rise for some time – after all, we chose Denver as the site of our Americas office, which we opened in early 2019. But, despite Denver's impressive selection of serviced apartments, for many corporate travellers, Colorado’s ‘Mile High City’ is not immediately synonymous with business. Join us as we explore the ways in which Denver is fast becoming a business capital in the U.S.

A key factor behind Denver’s growing reputation as a business capital is its attractiveness to start-up companies. Ranked among the top 24 start-up ecosystems in the world, Denver has a rich talent pool; listed as the eighth most educated city in the U.S. by Bloomberg, and home to a tech labour population equivalent to 6.7% of Colorado’s entire workforce. Beyond these considerations, it is Denver’s business environment, access to resources and business costs which make it such an appealing place to launch start-ups.

Colorado State offers a multitude of grants and business incentives to new companies, including those generating new permanent jobs or operating within one of the state’s seven advanced industries. Arguably, however, it is Denver’s lifestyle that ultimately draws start-up companies to its altitudinous streets. Denver is filled with things to see and do, and its rapidly developing city centre is counterbalanced by the nearby Rocky Mountains – as well as the city’s 5,000+ acres of parks. Furthermore, Denver’s relatively affordable house prices and inexpensive living costs (44% lower than San Francisco) make it a good alternative to other cities that typically attract technology based start-ups.

The number of tech start-ups in Denver (and the wider state) is flourishing, as evidenced by the booming employment market and the ever expanding list of city-based start-ups, and is set to continue growing in the post-pandemic climate as business in Denver grows with it.

Denver business has steadily grown in recent years due to the region’s robust and diverse range of core industries. One of Denver’s staple sectors, energy and natural resources, brings in almost eleven and a half billion dollars each year and employs around 150,000 workers. Indeed, in 2013 Denver was named third best city in the world for oil and gas, and by 2017 the city was producing an average of 12 million barrels of oil a month. Furthermore, being east of the Rocky Mountain range and its natural mineral deposits, Denver is also home to multiple mining companies.

Another key sector for Denver, aerospace research and production, has a long history - spanning over 60 years - in the region. For private aerospace employment concentration, Colorado ranks as the number one U.S. state, with approximately 33,460 workers under 290 companies as of 2020. Aerospace was particularly beneficial to Denver and the wider state during the pandemic, as it was one of the sectors to continue growing throughout 2020. This, combined with the continual demand for energy and Denver’s effective distribution network, solidifies the city’s economic stability during international downturns.

Other sectors contributing to the growth of business in Denver include healthcare, broadcasting, financial services and bioscience. The Denver Metro area listed over 17,000 bioscience employees in 2020, with this industry heavily supported by nearby institutions such as the Fitzsimons Life Science District and the Anschutz Medical Campus. Denver’s investment in broadcasting and telecommunications is largely influenced by its geography, with its Mountain Time zone location making it the largest U.S. region with one-bounce satellite uplinks. This enables companies in the city to access real-time connections with six world continents – further enhancing Denver’s interconnectivity and presence on the world stage.

We have previously documented the growth in demand for corporate housing in the U.S., and Denver is no exception. In 2019 Denver had over 17.7 million overnight visitors, indicative of the city’s appeal to travellers. This represents a virtually consistent annual increase in visitors since 1994 (7.2 million). In 2013, the number of visitors was an even 14 million – that’s a 26% increase in just 6 years. Although the pandemic has obviously hugely affected the number of arrivals to Denver over the last two years, it’s clear to see that Denver is well on its way to proving itself a major destination for business and leisure travellers alike.

The influx of business travellers to the city instigated greater investment in Denver corporate housing; the Mile High City now offers an impressive range of properties, with the number set to increase in the coming years. The once humble collection of serviced apartments in Denver now extends to over 70 buildings, as offered through SilverDoor, and we will be sure to include more excellent properties in our portfolio as they are developed.

Find out more about SilverDoor’s role in Denver and our contribution to the growth of the business in the area. From hosting industry events to celebrating our very first year in the city, read all about SilverDoor’s love affair with Denver! 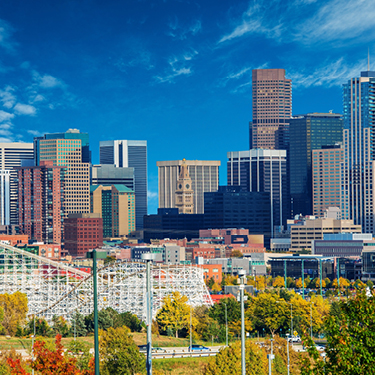 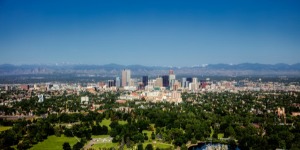 If you have an upcoming business trip to Denver then why not make the... 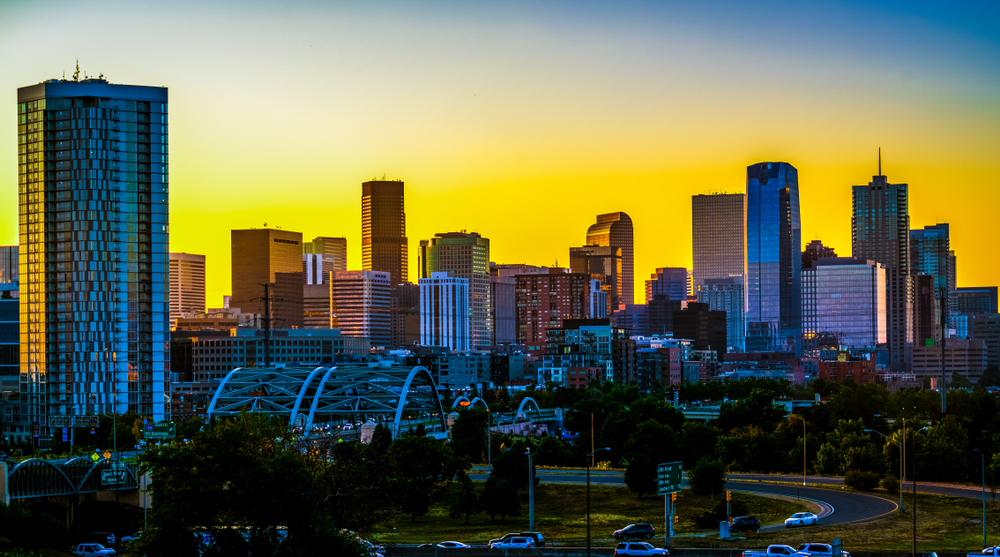 Corporate Housing in Denver: Make the Most of Your Stay in the Mile-High City!

At the beginning of 2019, we opened our second international office in... 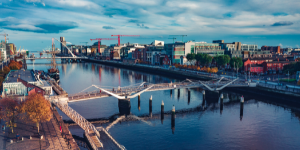 With origins that can be traced back more than 1,000 years, Dublin is... 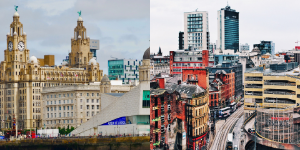 The long-standing rivalry between Manchester and Liverpool is often...