All you need to know about Laos 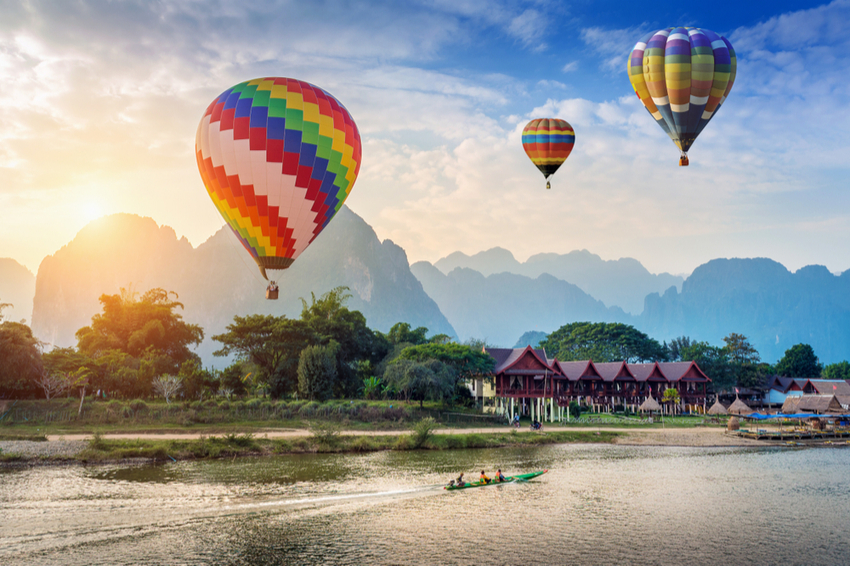 Laos is a country in Southeast Asia which lies on the Mekong River. Officially the Lao People’s Democratic Republic, it’s a landlocked region that borders Myanmar (Burma), China, Vietnam, Cambodia and Thailand. The country has a population of more than 6 million, and the official language spoken is Lao. Other popular dialects include Hmong, Khmu and French. The country has a tropical climate. It’s hot and humid throughout the year and prone to monsoons.

Laos has long history stretching back multiple generations. Its origins are tied to the Kingdom of Lan Xang, which was first established in the 14th century by Lao Prince, Fat Ngum. By the 19th century, the country had come under French occupation, and was known for its production of rubber, tin and coffee.

Vientiane, the country’s capital city, is a popular tourist spot, home to numerous temples. It’s where you’ll the national monument, Pha That Luang, and it also plays host to the Talat Sao morning market and shopping mall.

These days, Laos is popular with adventure seekers, and offers all manner of nature to explore. Its landscape consists of beautiful mountains, glowing rice fields and enchanting caves, which leave a lasting impression on hungry travellers. The country’s economy relies heavily on trade with Vietnam, China and Thailand. Its main exports are coffee, tin, gold and electricity. The country is supported by foreign direct investment, and receives development aid from various international organisations.

Top things to do in Laos include a private tour of the countryside, and sunset cruise along the Mekong River. Sites worth seeing are Buddha Park, the Elephant Conservation Centre and the Royal Palace Museum - which plays host to beautiful architecture and interiors. Other attractions worth checking out are the Old French Railway Bridge and the Golden Buddha statue.

Laos is served by a number of public buses, which offer regular connections across the country. You can board a bus at Vientiane Bus Station, which is located opposite the Morning Market. Wattay International is the country’s main airport, and lies five miles from Vientiane.

Make your trip to Laos worthwhile with a stay in a SilverDoor serviced apartment.