All you need to know about Denmark 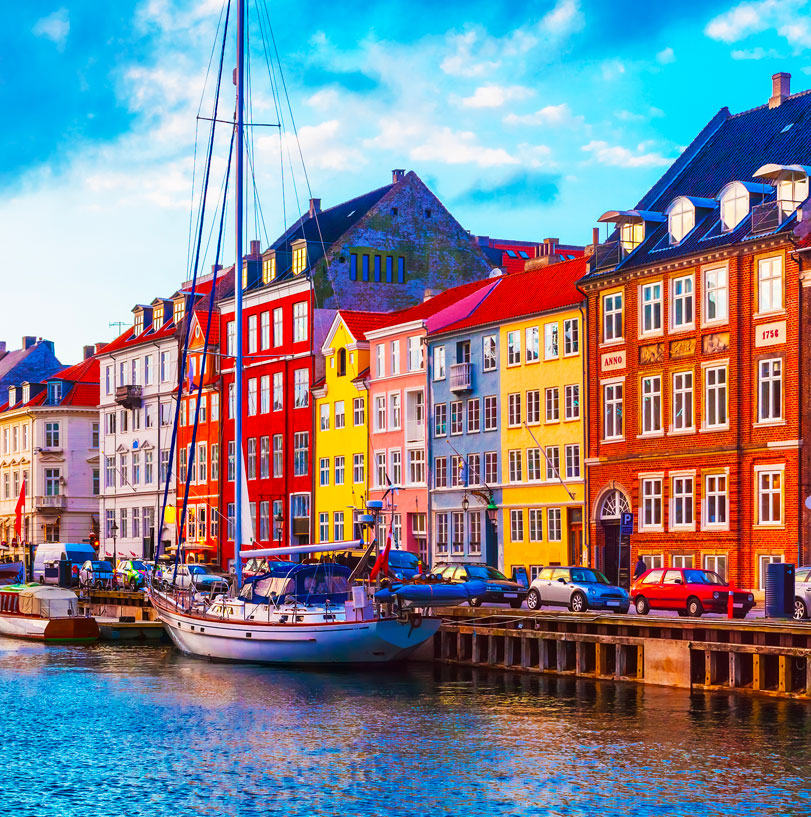 Denmark (officially known as the Kingdom of Denmark) is a Scandinavian country, located in Northern Europe, bordering both the Baltic and North Sea. Denmark is known for its high level of income equality, excellent business climate and has regularly been ranked as the “Happiest Place in the World”. Denmark’s capital, Copenhagen, is one of the top European cities in terms of quality of life and is also famed for being one of the world’s most environmentally friendly cities.

Denmark is home to a modern market economy. The country has a large service sector, that generates 76% of the national GDP and a notable industry sector, which accounts for around 22.8% of the GDP. The country also benefits from a small, but high tech, agricultural sector, with the main products produced including barley, wheat, potatoes, sugar, dairy products and fish.

Denmark has several international airports, with the largest being located in Copenhagen. The country therefore welcomes business travellers from across the globe all year round. Serviced apartments can mostly be found in the country's capital, providing corporate travellers with an ideally located accommodation option. A Denmark serviced apartment provides a more economic and enjoyable alternative to a hotel room.