Berlin is a city filled with iconic landmarks and idiosyncratic character. Besides being a major business and tourist destination – partly due to these very features – Berlin has something of a love affair with films, having graced the silver screen countless times since the dawn of cinema. We have created many guides for business travellers to the Germany capital over the years, including our Berlin city guide and our business insider’s guide, but we’re going one step further with this, our guide to the very best Berlin film locations to visit during your corporate stay. Infuse your journey with a little Hollywood glamour and punctuate your time between business meetings admiring these well known, and not so well known, cinematic locales.

Perhaps not the most conventional filming location to come out of Berlin, the Messedamm Underpass sits beneath the Internationales Congress Centrum and has been a film set for many major blockbusters in recent years. The distinctive orange walls and pillars certainly make for a striking backdrop, but despite the memorable appearance of this, one of the most popular Berlin film locations, filmmakers haven’t shied away from using the underpass again and again. Featuring in Captain American: Civil War, Hanna, The Bourne Supremacy and Atomic Blonde, the Messedamm Underpass appears to have an affinity with action films – and chase scenes in particular.

Stay nearby – The Goodmans Living Apartments in Charlottenburg are smart, beautifully finished corporate apartments in Berlin, and are located a mere one minute walk away from Bismarckstrabe station.

Despite being one of Berlin’s most famous and historically significant landmarks, Checkpoint Charlie has appeared in few films of note. This notorious point was one of several checkpoints through which citizens could seek passage to the East or West of Berlin (respectively) during the Cold War. In the 1983 James Bond film, Octopussy, Roger Moore’s Bond poses as a furniture salesman in order to enter Easter Berlin via Checkpoint Charlie. With Checkpoint Charlie remaining operational until 1990, its appearance in Octopussy was historically relevant to the film. Conversely, the inclusion of Checkpoint Charlie as a set piece in modern films, especially considering its status as a tourist destination, could be regarded as anachronistic and inappropriate. The checkpoint remains an important historical reminder, and today houses a museum telling the story of its creation and eventual dismantling.

Café Einstein Stammhaus evokes feelings of nostalgia, with beautiful antique style furniture and wainscoted walls reminiscent of times long gone. But this exquisitely presented venue had a brush with Hollywood, and was instantly catapulted into the ranks of important Berlin film locations, when it was used in Quentin Tarantino’s Inglourious Basterds. In the film, the café was named Chez Maurice and located in Paris, and was the scene of the Shosanna’s invitation to partake in enjoying some delicious strudel alongside Col. Hans Landa. The real life café does indeed serve a variety of pastries, including, you guessed it, delicious strudel. Christoph Waltz, who played Landa in the famous scene, won the Best Supporting Actor Academy Award for his work in the film, making this seemingly humble café an especially important part of Berlin’s cinematic history.

Stay nearby – The beautiful three bedroom Schöneberg Apartment is a complete home experience, with vast living areas and beautiful, stylish décor throughout.

The 2011 film Unknown tells the story of Martin (Liam Neeson) who, following a car accident, realises his identity has been stolen. With the film being set in Berlin, it is no surprise that many famous Berlin landmarks and locales feature throughout. But perhaps the most famous is Brandenburg Gate, which Neeson passes on his way to Hotel Adlon, which is indeed within viewing distance the monument. The gate also appeared in the 1998 thriller Run Lola Run; in both instances the gate acts to clearly signify the film’s location, as well as provide some interesting architectural imagery to accompany the main action – although as a gateway (being built upon the former, actual, city gate) could perhaps inspire multiple interpretations for eagle eyed film viewers.

Stay nearby – For a light and breezy serviced apartment close to the famous gate, look no further than the pristine Brandenburger Tor Apartment, from which you can also quickly reach the beautiful Unter den Linden.

As we’ve already seen, not all Berlin film locations are used to signify a Berlin setting. The beautiful Gendarmenmarkt square, for example, has been disguised as London, despite featuring multiple iconic German structures. In the 2004 Disney adaption, Around the World in 80 Days, the Square was temporarily altered using plaster and plywood structures to portray a London setting. The French Cathedral was converted into the Bank of England and the pictured concert hall was transformed into the Royal Academy of Science. Using computer trickery, even Big Ben was squeezed into the shot making for a convincing Victorian London scene.

Stay nearby – The Living Hotel Grosser Kurfurst Apartments are ideally situated, being close to both Gendarmenmarkt and the River Spree, offering residency in a highly sought after area of the city.

Begin your film tour by booking a serviced apartment in Berlin suited to your business needs. Peruse our complete Berlin collection of apartments or browse the range of apartments we offer in the entirety of Germany and discover the range of business opportunities available in this remarkable country. 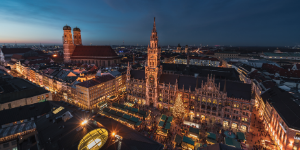 Things to do in Munich: Christmas Markets and More

As we have previously established, there is much to do in Munich when... 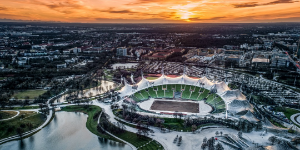 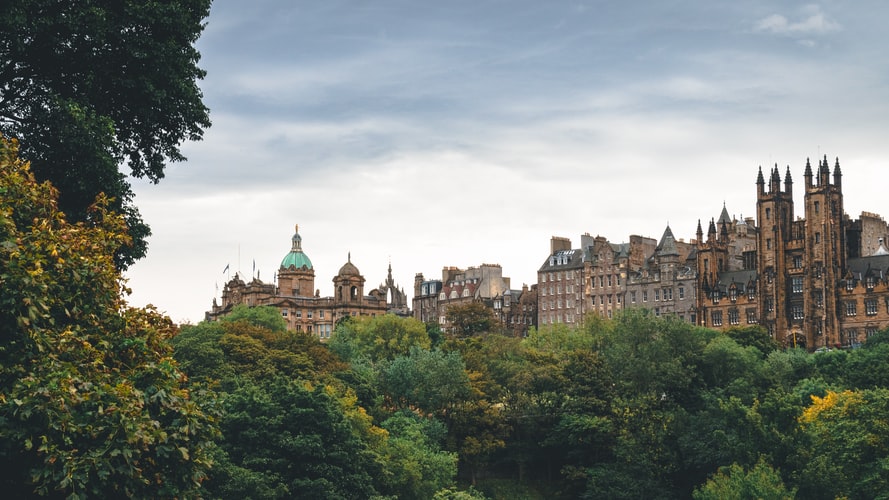 Edinburgh continues to be considered as one of the top corporate...

Corporate Housing: The Growth in Demand in the USA

In many ways, the term ‘corporate housing’ is interchangeable with...